This post is part of the series 30 Days of Vue.

In this series, we're starting from the very basics and walk through everything you need to know to get started with Vue. If you've ever wanted to learn Vue, this is the place to start!

We've made it through 16 days already! Pat yourself on the back... but not for too long... there is still a lot more.

From what we've seen in the past few articles, we now have a good picture of how the Vue.component({}) constructor can be used to define global components and how we’re able to instead locally register components in the components property of a parent instance.

With either Vue.component({}) or components assigned to constant variables, we had to write our component templates using ES6’s template literals to obtain a presentable multiline format.

We’ve also taken a quick look at alternate template definitions like inline-template's and x-template's but have come to understand that both of these approaches are not recommended to creating the markup of components.

Template strings do a good job for small to medium sized projects. However, as an application grows, having no syntax highlighting and the entire markup of a component kept within back-ticks (or strings) makes the template of components hard to read. In addition, the components we’ve defined thus far don’t allow us to isolate the unique CSS within them. This is where Vue’s Single File Components can be used to help reduce this disorganization.

Single File Components allow us to define the HTML/CSS and JS of a component all within a single .vue file.

A single-file component is composed of three parts:

Here’s an example of a single-file component given the name of HelloWorld:

If the application root template only rendered this component, our application would look like the following.

Though the structure of a single-file component may look different, everything we’ve discussed thus far with regards to instance/component properties remains the same. We’re able to use all the properties a Vue instance component contains like data, methods, computed properties, lifecycle hooks, etc.

The main advantage to using single-file components is how we’re able to neatly define the markup, logic, and styles of a component all within a single file. By building our application in a module-based setting (e.g. with Webpack), we’re also able to take advantage of modules to break our application (and components!) to smaller discrete pieces.

As an interesting example, here's a link to the application code needed to build Vuegram - a hobby app I built a while back to mimic the mobile Instagram app. (Tutorial to building Vuegram) 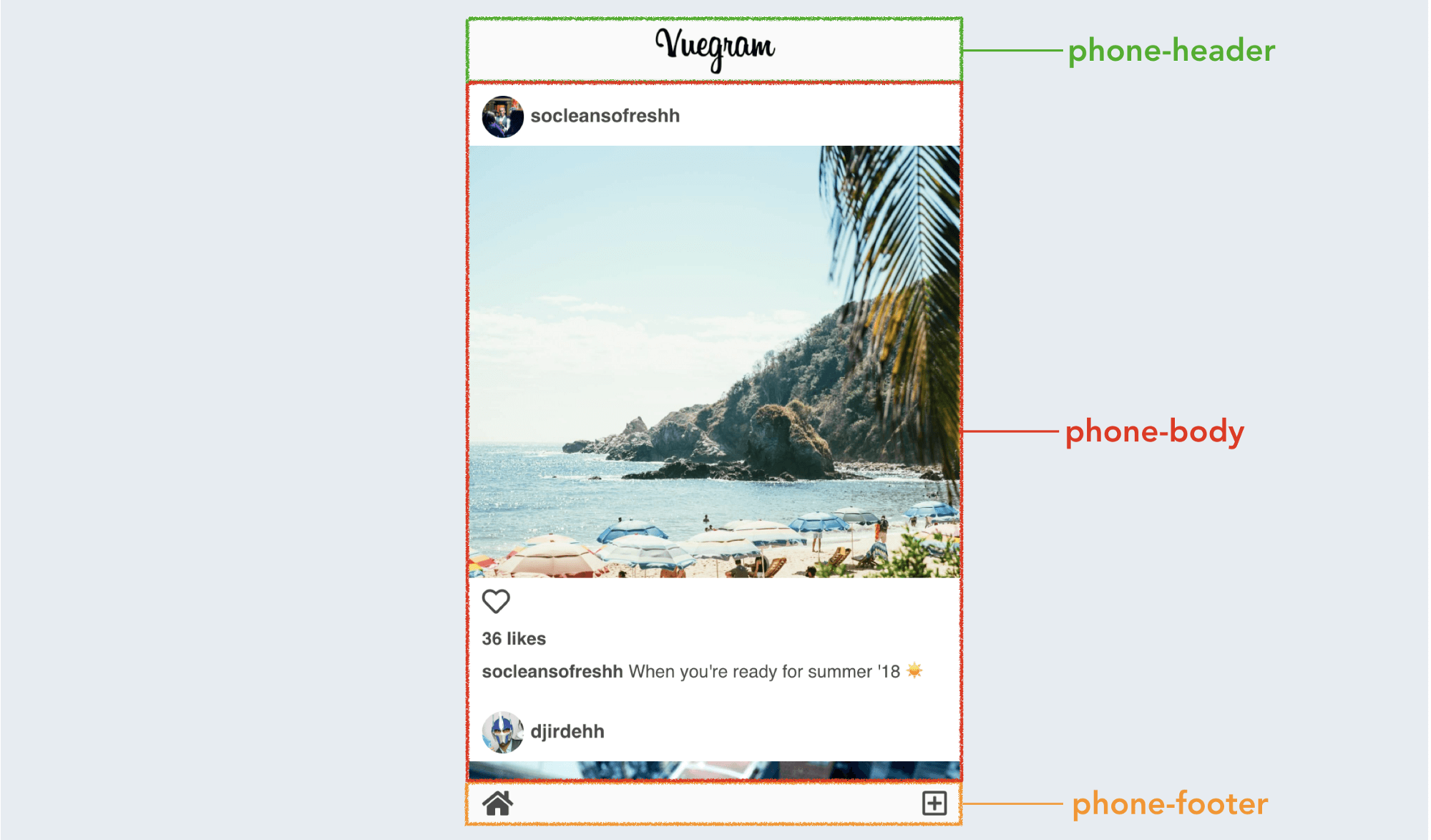 This page is a preview of 30 Days of Vue

Get the rest of this chapter and 330+ pages of Vue instruction for free.

A front-end engineer based out of Toronto, Hassan is familiar with a variety of different web technologies/frameworks but found his passion with Vue. Keen on always finding ways to explan things as simple as possible, Hassan has recently started to blog more about his experiences and give talks on topics he's passionate about.

Join us on our 30-day journey in Vue. Join thousands of other professional Vue developers and learn one of the most powerful web application development frameworks available today.